It is with sadness that we share with you the passing of one of RBB’s founding fathers: Dave Bayer. Dave passed away July 2, 2019, after an illness.

“Romich, Beery, and Bayer” was the name of our company at our very beginning in 1973. Dave provided great value, brainpower, and energy in getting this business off the ground. We are all part of his legacy. Later, Dave formed a separate company called Du-It Controls that specialized in wheelchair systems. Dave developed a wheelchair control system to assist high-level quadriplegics. 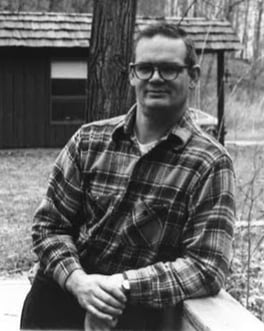 Please keep the family and especially Barb, Dave’s wife, and Eric, Dave's son, in your thoughts and prayers during this difficult time. The family tradition is not to conduct services. Dave was 76 years old and a resident of Shreve, Ohio.

"Dave Bayer and I first met in the 1960s when we were both students at Case Institute of Technology, later to become part of Case Western Reserve University.  We had both been attracted to the Medical Engineering research program and followed a similar path, starting as part time student workers and then becoming full time staff.

wheelchairs and was responsible for multiple developments of joystick control, including a novel shoulder position monitor.  This work and his RBB and    Du-It initiatives ultimately had quite a positive impact on a number of people with nearly total paralysis due to high level spinal cord injury.

Dave had an unusual sense of humor that wasn’t universally appreciated.  I remember some incidents in the lab at Case.  One involved a cabinet of small plastic drawers that contained electronic components.  Normal use of these sometimes meant rapidly opening and closing the drawers while searching for some specific part.  So when Dave thought that one of the drawers could contain water, it was a set-up for an interesting response from the lab technician on his next search.

Dave was never encumbered by the normal or usual or traditional.  His creativity touched many aspects of his life beyond his professional technical pursuits.  Knowing that our next interaction would be stimulating was a comfort that I now miss."

Ross Lilley, an RBB employee since the very beginning in 1973, remembers the fun they had in the early days.

"One of my favorite memories is flying model rockets with Dave, Dick & Barry at the farm house," said Ross, remembering the early adventures.

and Dave shared an interest in rocketry.

"Those model rockets that went off behind RBB and the fields behind our houses were sometimes quite spectacular," said Sandy Beery. "The legacy is that some of the rocket parts or parachutes may still be in the trees surrounding the property."

"Dave’s aspirations, knowledge and skills regarding rocketry far surpassed mine.  So when we were neighbors, with homes on opposite sides of a valley, and there was a brief exchange of launches, it was clear that escalation would not be in my favor.  So I stopped launching," said Romich. 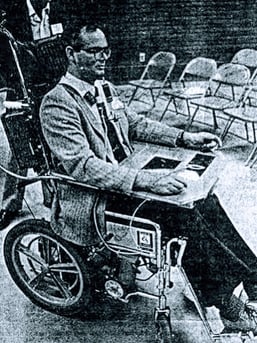 "Dave was always a fountain of knowledge on any subject and loved to discuss anything for hours," said team member Steve Baker, who has known Dave for 37 years. "RBB used his ability to solve complex math problems in many of our industrial automation projects. He used his knowledge of electronics and science to teach many young students in the field of electronics. He was a faithful member at the Locust Grove Church of Christ and was a good song leader. Dave was always fascinated with God’s creation of the universe and took it as a challenge to solve as many of its mysteries as he could."

"I remember Dave as a master of asking questions! He was certainly a good neighbor and would offer a helping hand whenever asked," added Sandy Berry.

"Dave was always willing to share his knowledge with others and gave me much guidance and knowledge as I worked for him for which I am eternally grateful," said team member Jeff Fankhauser. "The work he did for the disabled population was a labor of love and some of the most rewarding work I ever did. He will be much missed." 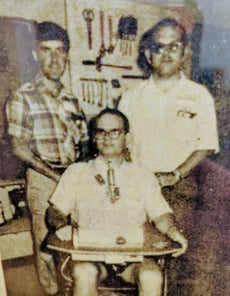 "Please pass on my condolences and concern to Dave’s family. I worked around him for years and he was always a kind, friendly and knowledgeable person. They have my deepest sympathy."

"Condolences and deepest sympathy to the Bayer families and friends. Blessing to all."